In classic Hannah fashion, the past 17 days I’ve been too excited living life at Castello di Potentino to sit down and write about it all. But considering there’s some sort of Italian strike and my train’s delayed, now seems as good a time as any.

I hardly know where to begin, or how to explain it, so I’ll just lay out the top ten things I learned during my time here. Enjoy and if you have any questions or are considering going yourself, you know where to find me.

1. There is beauty in simplicity.

It’s an art Charlotte, Alexander and their mother Sally seem to have mastered. From the food they cook to the conversations they start, there is something powerful in their ability to get to the heart of what matters most. It’s like they have an innate sense of what needs to be done for life to be perfectly complete. Good environment, good company, good food, repeat.

Charlotte in particular makes a point of only serving food characteristic of the region, so as woofers we constantly foraged for herbs on the castle grounds before meals. Food served where it’s meant to be served paired with wine made where it’s meant to be made is a sensation so fulfilling it’s difficult to describe. It’s like no matter what, all is right with the world.

2. When gambling, listen to no one but yourself.

I had never heard of games like Perudo or Farkle before Potentino, but playing nearly every night you pick them up quickly. On the surface, Perudo is a basic dice gambling game wherein players take turn placing bets on how many of a certain kind of dice there are between everyone. However when you play at Potentino, it becomes an intense competition involving probability stats, the occasional lie and a collective effort to overthrow Alexander by any means possible.

Like Perudo, the only way to win in life is to ultimately make whatever decisions you need to make on your own. Although it helps to get input from others on what they think you should or shouldn’t do, in the end it’s your choice, and it’s you who will have to live with the consequences. So raise the bet or call the other person out all you want. In the end it’s just a gamble.

Life at Potentino, albeit amazing, is not all sunshine and roses. Woofers may be assigned seven to eight hours in the field or in the cellar, labeling, bottling or whatever it is Charlotte and Alexander need help with that day. It’s manual labor, and for some that may be an entirely new concept.

Luckily for us, all this is happening in one of the most magnificent locations in the world. When not working, you have the chance to go swim in the creek, hike up to killer views and adventure further to natural hot springs. Even mornings spent in the field are made better by the fact you’re surrounded by the incredible valley landscape, working the earth as it was meant to be. The overall affect of that on your well-being is difficult to quantify, but it made me feel more at peace than almost any other experience of my life. 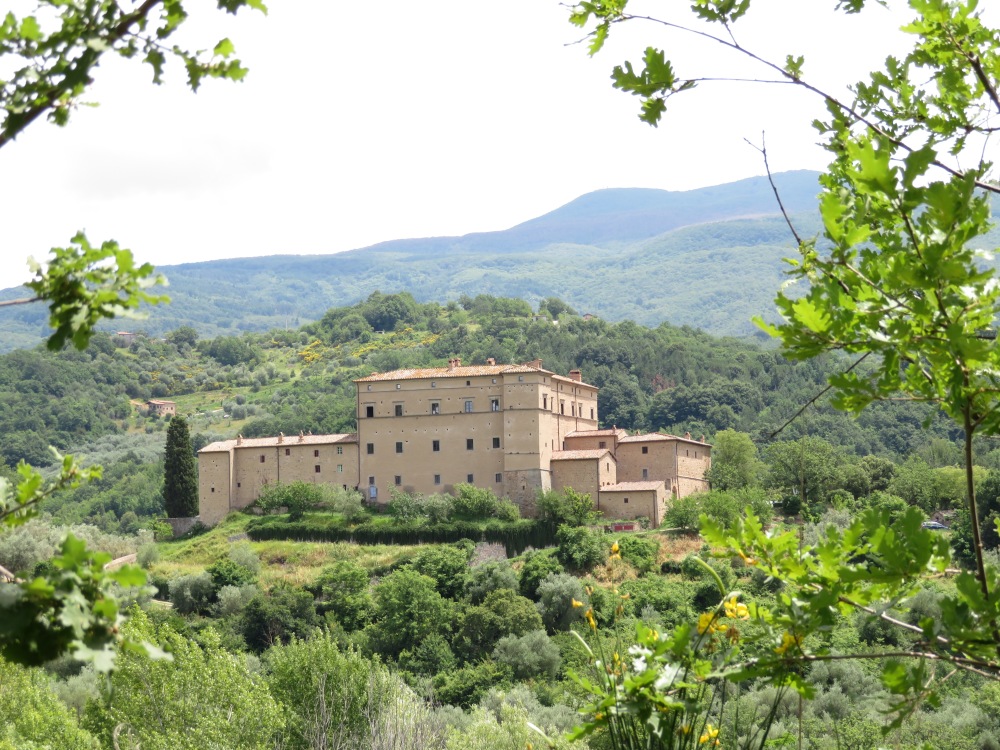 You know the ones I’m taking about? Moments so incredible, you need to pinch yourself to make sure they’re not a dream?

Besides the awe of being surrounded by a thousand stars each night, two moments in particular stand out. First, the night all the woofers went into Seggiano for pizza. Although exploring and having a meal we didn’t have to cook was great, the best moment came while walking back to the castle later that night. Gradually on the walk, fireflies started to appear all around us. By the time we were nearly home it became so overwhelming we had to just stop and stare.

I’ve never see anything like it. Hundreds flickered across the landscape as we sat there under the moon and stars in the middle of the Tuscan countryside. It was as though the universe was sparkling just for us, and I hope to never forget it as long as I live.

The second moment came four nights later. We had just finished cleaning up a 30-person dinner when we came back outside to a string quartet playing. So imagine being at a castle. Then imagine being at said castle’s courtyard on a summer night, surrounded by friends. Now imagine that paired with some of the sweetest, most magnificent music your heart could handle, and you still won’t even come close.

Transcendent. That’s the only word I could think of to describe it. Those are the moments that make life worth living.

5. Take note of a day each year to reflect on where you were the same time last year.

For me, that day is the longest day of summer. Three years ago on a road trip, my friends and I accidentally played a song about the longest day of summer on the exact day and have made a point of doing the same every year since. So I remember exactly where I was this time last year. I was living out the most country song, whirlwind two-day romance on our road trip through the south, not even remotely concerned about the future. And this year I spent it on a vineyard, among the vines imagining a thousand ways my life may go in the next few months, surrounded by great company, an even greater string quartet and a moon so full you could see the whole valley.

I could sense the difference in myself from all the experiences that have added up in the time between. From the people I met to the things I learned and places I went, it had been quite possibly the most transformative year of my life, and only by stopping to think about it did I realize it.

6. Open your heart to everyone you meet.

People fascinate me. Before coming, I had no idea what to expect to be surrounded by besides vines. To my amazement, when I arrived there were not only other woofers but interesting guests and visitors constantly coming through. Both woofers and guests came from all over the world to be there, transfixed by the magic that is Potentino, and each had a story worth telling.

Not expecting there to be any others besides Charlotte, Alexander and Sally, I can honestly say meeting and working with the other woofers was one of my favorite parts. I lived with an Australian who taught in London, went to the hot sprigs with a recent grad from Colorado, made dinner with a London-educated Columbian, and taught someone who was French, born in the US and now lives in Brussels how to play guitar.

I shot the shit in the vines with two girls from Maryland and Missouri who also just graduated, picked nettles for soup with two girls from Brooklyn, watched Zootopia and American Sniper with two from England. Hiked to the waterfalls with a guy from Manhattan, got picked up at the bus stop by a girl from San Francisco and learned how to set the table from another from DC.

My mind was constantly filled with knowledge I had never considered, vocabulary forever changed, and the value of diversity once again came into view. I may still never call a swim suit a cosi or dessert pudding, but I can say without a doubt that everyone I met was truly legend. 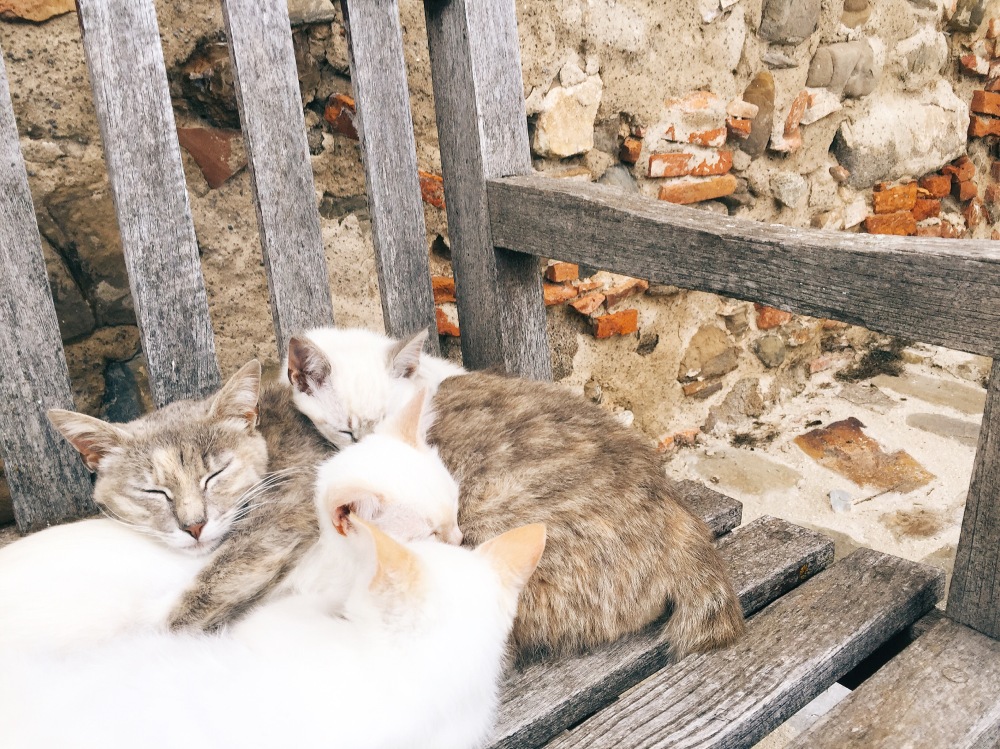 7. The world is an imperfect place; only together will we make it through.

The day I left was also the morning England left the EU. Mind you, the owners plus a solid 80% of woofers and guests at Potentino at the time were British so this was a pretty big deal. Shock, disbelief, anger and even tears surrounded me as I said my goodbyes and there was absolutely nothing I could do to help.

Try as we might, life will never go as planned. You can do everything right and be in the most perfect place in the world and things will still go wrong. All we can do is get through it together.

8. If you see yourself in something, you should probably pursue it.

This was a new concept I really took to heart during my time here. Some people spend their whole lives searching for what they’re meant to do instead of listening more to the voice that’s inside them. I personally had always known that there were things I liked to do and things I loved to do, but could never seem to find that calling people always seemed to talk about. That is, until I met the vines.

Honestly when we first met, they were kind of a b*tch. In the heat of summer, the last thing you want to be doing is fighting your way through plants, around spiders, covered in dirt, sweat, and sun. It wasn’t until we spent all our time together that I truly fell in love. Even when they slapped me in the face, or their base weeds stabbed me for the umpteenth time, I still felt deeply connected to them. I cared for them and what they would some day become unconditionally, and it became my mission to do everything possible to help them get there. Just looking around the vineyard and outside at night, I couldn’t shake the sense that this was me. It didn’t need to be in a castle, but it did need to involve wine.

It may not be a single career or cause that calls out to you. It could even be a place, a plant, or an aesthetic. Whatever it is, if you feel that in looking at something you can truly see yourself in it, pay attention to that and embrace it.

9. Make time for the things that are important to you.

Although waking up at 4:30 am may be some people’s worst nightmare, in reality it was pretty great. At Potentino you can choose how you get your hours in, and the group I was with quickly realized that by doing all our work in the morning we’d have afternoons free for swimming and wifi. What we lacked in sleep was totally made up for by gorgeous sunrises and and the ability to siesta and chill before dinner.

In the bigger sense, I decided to do this trip 13 months in advance because I knew that this was something important to me. It didn’t matter if I went with friends or by myself, or that I wouldn’t be able to start working full time until at least July because of it. This was simply something I needed to do before starting the rest of my life, and therefore I regret nothing. 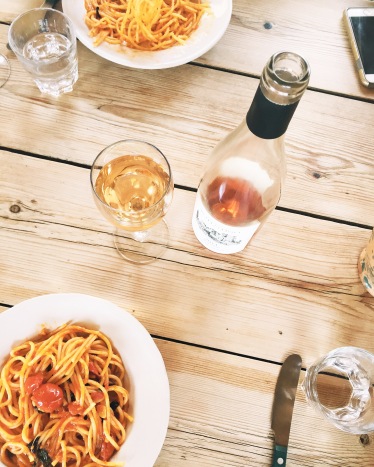 10. Life is too short to drink shitty wine.

After countless hours tending the vines and labeling bottles, it all comes down to what makes you happy. Be it 2€ and boxed, gran crue or $18 a bottle, just choose wisely. There’s only so much of it you’ll be able to experience in your lifetime.

If you can, drink wine that truly embraces the region it comes from and use it as an opportunity to learn more about that place. Try good Italian wine with traditional dishes from the area. French wine with French food. What part of the country is it from and what food do they traditionally make there? It may seem basic, but it makes all the difference in the world.